Posted on August 7, 2013 by amritaperformingarts

Amrita recently completed Mahabharata; a new production in partnership with the Hiroshi Koike Bridge Project. Four Amrita artists collaborated with artists from Japan and Malaysia to develop a dance theater piece based on this sacred Indian text.  Maharabhata premiered in Phnom Penh on July 12th with a subsequent performance in Hanoi, Vietnam on July 16.  The work will be further developed in 2014 and 2015 which will include further touring. Read articles about this work on Cambodia Daily, Phnom Penh Post, The Advisor, and Khmer Daily. 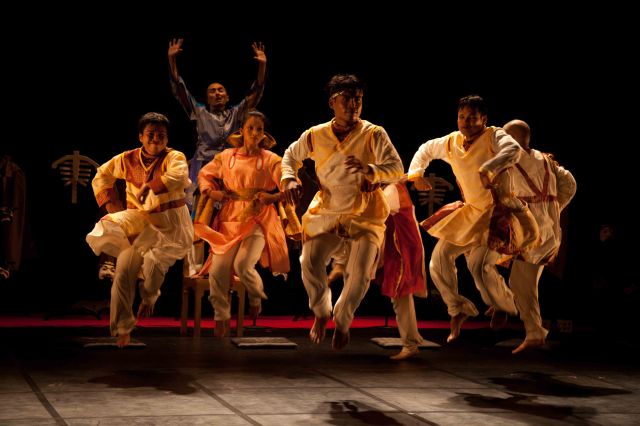